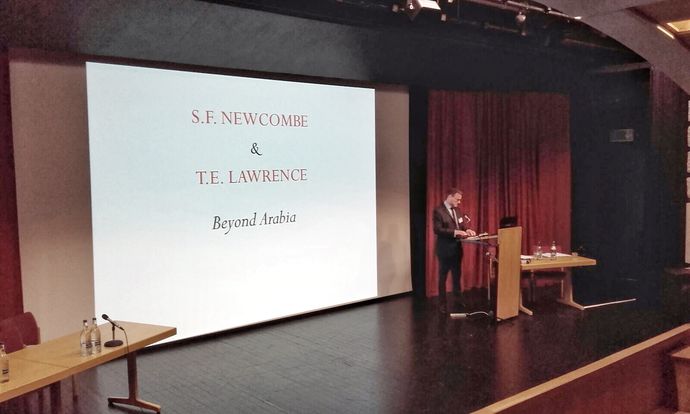 Kerry Webber is a British writer, photographer and designer who has spent many years travelling and working in the Middle East. His work has appeared in publications throughout the region and as a Creative Director he helped transform a small media company in Dubai into the leading publisher of magazines and books in the Gulf. In the 70’s he travelled extensively throughout Israel, Palestine, and the Arab countries of the Mediterranean.

Always drawn to the history and traditions of the region, he became interested in the Arab Revolt and the Palestine Campaigns of the First World War which inevitably brought him into contact with the legend of Lawrence of Arabia. Intrigued by Lawrence’s claim that fellow officers could “each tell a like tale” he began to explore those peripheral figures and decided to research on the life of Stewart Newcombe, publishing articles and giving lectures on his findings.

Kerry contributes to the Oxford Dictionary of National Biography, and his biography of Newcombe, Beyond Arabia, is in preparation.


Please visit my weblog at: